Instead the Democrats are settling for 15%, which is just 3% more than a person in poverty making less than 10,000 per year.  Are we really supposed to get excited that these super rich corporations making over a BILLION will pay the same rate as people in poverty!! Really?

To put this current standard corporate tax rate of 21% that these super rich corps are not even paying in perspective, the top Corp. rate was 46% in 1980, before Reagan’s tax RATE cuts on the super rich caused a radical decline in the middle class, and caused radical deficits, debt, and interest payments on that GOP debt.

Tax Brackets for income earned in 2021 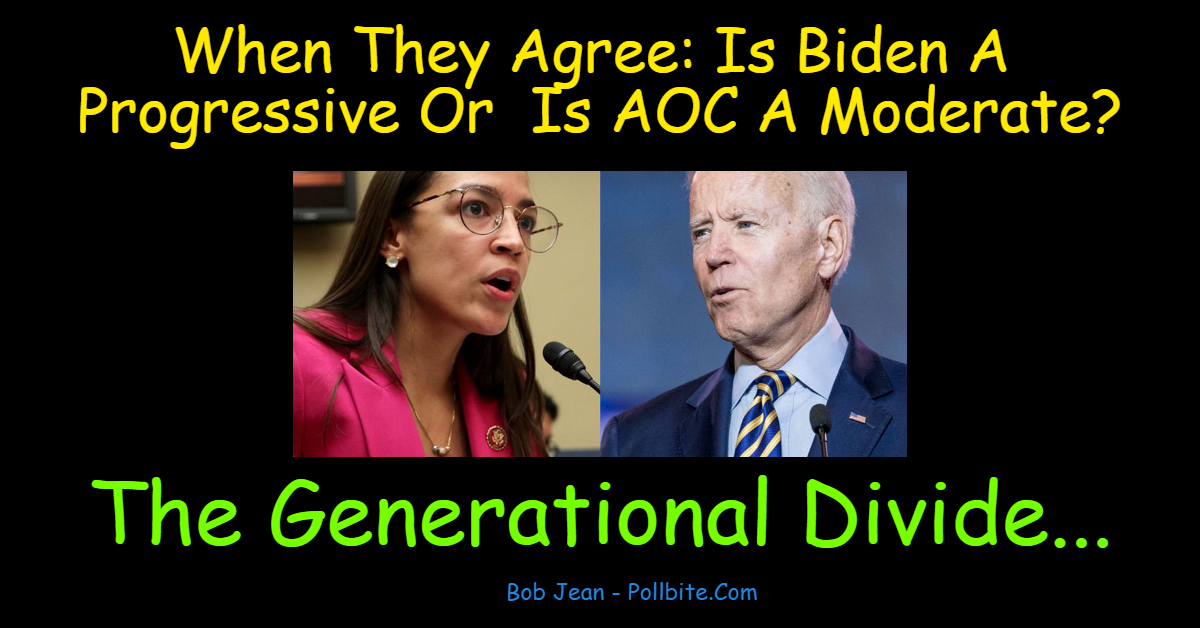 Biden The Progressive? AOC The Moderate? The Generational Divide….

When They Agree, Is Biden The Progressive, Or Is AOC The Moderate? The Generational Divide... President Biden and Congresswoman Alexandria Ocasio-Cortez (D-NY CD14) agree on a LOT these days. A lot of press, especially younger press, and many politicos from across the... Polling Averages Are Gamed And Untrustworthy

Nate Silver made a name for himself by averaging polls. For starters. Averaging polls, with very diverse methodologies isn't scientific. Now the poll averages are being gamed by the interested parties. You can't evaluate a poll without evaluating the methodologies....

Economic Multiplier Of Build Back Better…

The top number in the Build Back Better plan does NOT stand on it's own. The effect on the economy is much larger than that top number. First. The GOP tax RATE cuts in their last plan was about 2 trillion. Lots of that money went to the top .1%ers. It went to top...